I spent most of last week at the February session of General Synod.  Around 500 members of clergy, laity and bishops gather twice a year to debate and make decisions on church policy and direction.
I was there to represent Accepting Evangelicals and the LGB&T Anglican Coalition by helping to staff the Coalition's exhibition stall.  It was a good opportunity to talk with Synod members, as well as meet old friends.


What struck me was how easy it was to talk to people about sexuality.  Most Synod members were very open to chat as I sat in the coffee room or bumped into them in the corridors.
And a surprising number of them were very supportive of what we were saying.


Then on Thursday morning, around 40 people gathered from across the country in an Act of Witness on the steps of Church House.  We were drawing attention to the 1,500 LGB&T clergy who faithfully minister in the Church of England despite often being treated with suspicion or prejudice.
There were people who had come on their way to work. Clergy from Leicester, a Reader from York, someone from Kent who had taken the morning off work to be there.  We greeted members of General Synod as they arrived for the day's business with a cheery "Good morning"  and several bishops stopped to talk with us, expressing their support.


Although, Synod ended on Thursday, I stayed on another day join a delegation from the Anglican Coalition in meeting with the House of Bishops Review Group on Civil Partnerships.  The invitation to meet with the Bishops followed a  written submission which the Coalition sent to the review group and the meeting was constructive with real engagement taking place.
So whatever we might read in the church newspapers, there were many positive things happening in the Church of England's parliament last week.  Not the kind of things that make the headlines - but the kind of things which can build a better future.

Posted by Benny Hazlehurst at 22:45 3 comments:

God, Marriage and the State 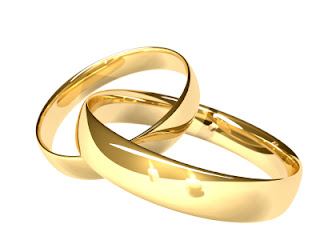 With the Archbishop of York firing a first shot across the bows of the Prime Minister over same-sex marriage last weekend, there is a theme emerging from opponents of the idea -  the premise that you can't change marriage.


According  to the Archbishop, it is not "the role of the state to define what marriage is. It is set in tradition and history and you can’t just [change it] overnight, no matter how powerful you are."
The Archbishop is undeniably right of course, when he points to our current understanding of marriage being "a relationship between a man and a woman" but what he fails to acknowledge is that definitions, understandings and laws relating to marriage have been constantly changing through human history, biblical history, and church history.


If we go back to the bible, we find that for the bulk of biblical history, marriage was polygamous and many wives were a sign of male success.  Jesus never openly put an end to this model of marriage and yet it is a model which few would advocate today - our understanding of marriage has changed dramatically from the examples of scripture.
Then there are those family relationships where marriage is forbidden in the Book of Common Prayer.  Few people are aware that they have changed over the years.


My grandfather married his wife's sister after being widowed despite this being forbidden in older copies of the Prayer Book.  From a theological understanding of marriage, the practise of a man marrying his wife's sister was considered wrong under Canon Law, and was formally prohibited by parliament in the 1835 Marriage Act.  It soon became a matter of some controversy.  An attempt to revoke this law in 1842 was defeated by strong opposition, and it was not until 1907 that the Government finally permitted such marriages in the 'Deceased Wife's Sister's Marriage Act'.   The issue was still so controversial that individual clergy were permitted to refuse to conduct such marriages - an interesting parallel in today's debates about same-sex partnerships.
So when the Archbishop asserts that it is not for the state to define the scope of marriage, it is a selective view of history at best.


Divorce and remarriage is another example.  Civil marriage after divorce has been widely available in England since the 1857 Matrimonial Causes Act and further widened in 1937 and 1969.  Yet it was not until 2002 that the Church of England embraced a clear policy which formally allowed marriage in church after divorce.  Once again the understanding and practice of marriage in law has changed with the church lagging behind the decisions of the state.
But perhaps the most shocking examples of changes in beliefs about marriage come from elsewhere in the world.  In the United States laws against interracial marriage, underpinned by traditional Christian teaching, were still in force until 1967 when a landmark case at the Supreme Court finally declared them unconstitutional.  The case was brought to challenge the conviction of Mr and Mrs Loving, who were dragged from their bed in the middle of the night after crossing the state border to get married in more liberal Washington DC.


The judge who sentenced them to a year in jail famously declared that God created the races and placed them on separate continents which "shows that he did not intend for the races to mix".
Such ideas about race and marriage are hard for us to understand today but they were deeply held and underpinned by theological argument.  This theology of race and marriage has its roots in the preaching of church leaders who opposed the abolition of slavery.  Theologians like Robert Lewis Dabney truly believed that the abolition of slavery was the first step to 'amalgamation' which he described as a 'abhorrent' word. As far as he was concerned the mixing of races was something which the Bible forbade and such marriages should be prevented at all costs.

Nor are such beliefs dead and buried in US churches today.  As recently as December last year, Gulnare Free Will Baptist Church, in Kentucky, voted to prevent interracial couples from becoming members or taking part in any services.  The Pastor of the church said, “I am not prejudiced against any race of people, have never in my lifetime spoken evil about a race... I do not believe in interracial marriages."

So whose role is it to define marriage?  Is it really the Church in all its conflicted diversity?  Is marriage really 'set in tradition and history' as the Archbishop of York believes, even when history shows a continually changing landscape in both spiritual and temporal spheres?  Is marriage really an area where the state has no jurisdiction, despite evidence to the contrary?

What we need in the Church of England is theological debate and prayerful reflection on the nature of marriage, rather than knee-jerk reactions to government initiatives.  At the present time, the debate is almost entirely sociological and political, which is why the church is getting left behind.  Our theology of marriage has changed over the centuries and this is the next change we need to consider.

Perhaps that debate should start with the words of Mildred Loving whose legal challenge finally legalized interracial marriage in the USA.  "I think marrying who you want is a right no man should have anything to do with. It's a God-given right,"
Posted by Benny Hazlehurst at 08:47 6 comments: