Two feet in the grave... 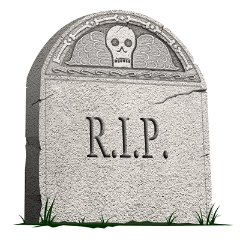 Tonight the CofE has done the unthinkable.
Twenty years after it voted for women priests… after years of debate and counter debate…  after pouring over the issue of women bishops ad nauseum… after sending the proposed legislation to dioceses who voted overwhelmingly for it… tonight it has thrown out that legislation to welcome women as bishops for another 5-10 years.


I wrote last night on my blog that the results of voting ‘no’ would be catastrophic - http://benny2010.blogspot.co.uk/2012/11/make-or-break.html - and have no desire to change a single word.  Today was a ‘make or break’ day for the CofE, and the House of Laity has chosen to break with the vast majority of church members who have voted for women Bishops in Diocesan and Deanery Synods throughout this land.
They have chosen to break with public opinion and with Government.  Worst of all they have chosen to break with the work that the Holy Spirit has been doing in society by enabling everyone to be seen as equal before God – each person, male and female, made in the equal image of God.


Last night I also wrote on Facebook that I was “praying for the CofE tomorrow as it chooses between the past or the future in its vote on women bishops. A vote for the past will be like putting a second foot in the grave...”
But now it has jumped with both feet into the grave.


My wife’s response to the news was to say… “If I was still a member of the Church of England, I would be leaving now in disgust.”  She tired of CofE discrimination some time ago and when I left parish ministry joined an MCC Church where everyone is welcome.
My 14 year old son was even more direct – “The Church of England is evil” were his words.  Thank God that he has not given up on his Christian faith, and now worships elsewhere too.


Such is the plight of the Church of England.  Out of touch with both God and the people it is called to reach out to, its structures and procedures are outdated and arcane, and it is so anchored to the past that it is increasingly incapable of following Jesus Christ on the road of salvation.
Tonight the Church of England has put two feet in the grave.


My only hope comes from an evangelical author Oz Guinness, who I once heard say,
“Several times in the history of the Christianity, the Church has gone to the dogs!  But each time, it is the dog that has died – not the church!”
As a Christian, I believe in resurrection – and I know that God can bring resurrection to the Church even when the Church seems to prefer death to life!  But that does not excuse the behavior of a Church who insists on presenting an image of God which denies and undermines the Good News of Christ.


While I would not want to second guess what Oz Guinness would think of our present situation, I would like to finish with one more quote from him which resonates with me today.
“Sometimes when I listen to people who say they have lost their faith, I am far less surprised than they expect. If their view of God is what they say, then it is only surprising that they did not reject it much earlier.

Other people have a concept of God so fundamentally false that it would be better for them to doubt than to remain devout. The more devout they are, the uglier their faith will become since it is based on a lie. Doubt in such a case is not only highly understandable, it is even a mark of spiritual and intellectual sensitivity to error, for their picture is not of God but an idol.”
What picture of God has the Church of England painted today?
Posted by Benny Hazlehurst at 21:28 7 comments: 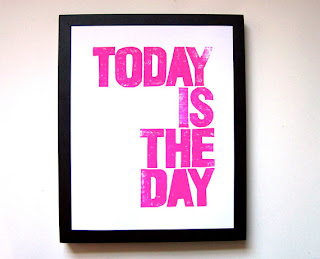 Today is a make or break day for the Church of England.
In the debate and vote on Women Bishops, the Church of England faces a clear choice.  It can either stick with those who want to hold the Church back – or move forward to embrace the work which the Holy Spirit has been doing – often in wider society more than in the church, because we have been so slow to hear.


It would be catastrophic for the relationship between the established Church and State which is already being strained to breaking point by the refusal of the Church to accept the equality of all human beings, each of us made in the image of God.
It would be catastrophic for the image of God we project to the world – a no vote today would present a God who is out of date, out of touch, and fatally flawed – who considers those who would exclude women to have greater importance than the women He is calling.


There are those of course, who have threatened to leave the Church of England if the vote is ‘yes’.  They have made this threat very public to ensure maximum leverage in General Synod.
Much less visible are people like a valued female priest I know well, who has quietly confided that if the vote is ‘no’ she will resign her ministry.  She has not announced this with a fanfare of trumpets, but with a quiet resignation that a church which votes ‘no’ is not the church she felt the call to minister in.  I wonder how many other women and men feel the same.


So today is a make or break day for the Church.  My prayer is that we make our way into the future with generosity for those who are unable to recognise the work of Spirit in opening up Episcopal ministry to all – but not by allowing them to hold the Church to ransom.
Today is the day – and to quote Hebrews 4:7


“Today, if you hear his voice, do not harden your hearts.”