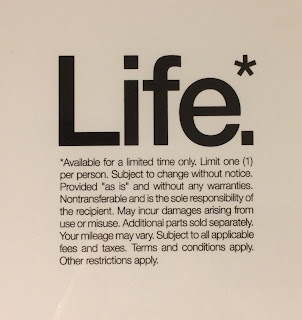 It was a year ago this weekend that I received my official diagnosis.

After all the scans, biopsies and blood tests, the results were in and it was cancer – advanced prostate cancer.   After we told family, friends and work colleagues, I wrote The Enemy Within.  A lot has happened since then.

By April this year, I had completed my initial treatment – hormones, radio and chemo (see After Treatment) and I settled into a less rigorous regime while monitoring my PSA which had been successfully driven down from over 300 to the mid-teens.

More recently however, things have taken a turn for the worse.  Although my PSA has stayed low, I did not experience the improvement that I hoped for after finishing chemo.  I have continued to work as much as I can, but day to day life has been getting harder.  All this came to a head a fortnight ago when I was admitted into the Dorset Cancer Centre in Poole for a few days to get back on track with pain relief, vomiting and constipation.

I had a new CT scan, and the next morning, much to my surprise, my oncologist appeared at the end of my bed to give me the news.  Despite all my treatment over the last 12 months, my cancer has continued to grow and develop.  Two of my lumber vertebrae are in an early state of collapse, and my lymph node cancer has grown to the point where it is putting pressure onto my right kidney.  The CT scan also revealed that the cancer has eaten away the bone in my right femur at the hip, and I am now on crutches to stave off spontaneous fracture.

Not the news we wanted.

Treatment has started again in earnest.  I’ve had two more courses of radiotherapy and been prescribed Abiraterone, which is only licensed in the NHS for later stages of prostate cancer when other treatments have failed.  Simply put, my cancer is outrunning my treatment.  Timescales are shortening.  We hope the Abiraterone may overcome this deficit but even then, it will only work until the cancer adapts again.

The care I have received in the light of this news has been phenomenal.  In the past week alone, I have had three trips to Poole for radiotherapy together with two home visits from our hospice nurse, another from their occupational therapist, and my GP is going to visit me regularly at home from now on.  My basic pain relief has been changed to Fentanyl patches which will work whether I can keep food down or not, by absorption directly into the skin.

Adapting to this news brings to mind the many hundreds of people who have been praying for me during the past year; some in person, with the laying on of hands, many more in churches, prayer groups and over social media.  Many of you have been praying for healing for me, for victory over the cancer and deliverance from this cruel disease.

The reflections which follow in this post are for you with gratitude, but also wisdom.  Knowing how to react to bad news in the midst of prayer is a tricky one.

Following a revival in healing ministries in the 1970’s, there grew up a theology in some parts of the church which said “if only you had more faith” you would be healed.  That was not helpful.  It passed the blame for unanswered prayers to those who were praying or even to the person being prayed for, adding a kind of spiritual torture to those who were already ill.

In response to this others pointed out that any Christian theology of healing must also have a theology of dying if it is to be to be balanced and complete.  Christ did not die upon the cross to bring us eternal life here within the imperfections of a fallen world. He died and rose again to open the gates to eternal life in a new creation free from pain, sickness, sorrow and death.  Restating this was not just the task of theologians.  I remember Christian pioneer rock-star Larry Norman reminding us of this in his 1972 seminal album “Only visiting this planet” (still well worth a listen if you can find it!) including a lyric from a Jim Reeves song, “This world is not my home – I’m just passing through.”

A more modern trend dealing with disappointment in prayer is to search harder for things which may be blocking the power of God in our lives.  Emotional scars, sin, bitterness or unforgiveness are prime targets, and while I know that emotional healing can bring physical healing – I saw this so clearly in my mother’s arthritis – overemphasis of this can also lead into a rabbit hole of introspection trying desperately to discover the key to unlocking the healing which is desired.

The truth is that death can also be God’s healing, releasing us from the fettered bonds of this life into the glory of God’s presence.  Paul reminds us in Romans that “the sufferings of this present time are not worth comparing with the glory that is to be revealed to us.” (Romans 8:18).

In my early 20’s, the Charismatic movement in the UK was challenged by the death of a major figure in the movement.  David Watson was at the height of his ministry as a renowned preacher, author and minister of the Gospel.  He saw God bringing healing to many, many people through his ministry around the world.  Then David was diagnosed with cancer and died at the age of 50.

I have mentioned David Watson’s last book (Fear no Evil) before.  Reading it again during this year, I have followed his journey from diagnosis, to the outpouring of prayer it provoked, with Christian celebrities quite literally flying in from all over the world to pray for his physical healing – a healing which David believed God would give.  After his terminal diagnosis and initial treatment, he continued with his ministry, took every opportunity to be prayed with, and yet the book charts with selfless honesty his journey to a place where he simply became open to God’s will, whatever that may be.

“Through the unexpected diagnosis of cancer I was forced to consider carefully my priorities in life, and to make some necessary adjustments.  I still do not know why God allowed it, nor does it bother me.  But I am beginning to hear what God is saying, and it has been enormously helpful to me.  As I turn to the Bible, I find passages coming alive for me, perhaps more than ever before.  As I praise God or listen to worship cassettes, my vision of the greatness and love of God is being continually reinforced.  I am content to trust myself to a loving God whose control is ultimate and whose wisdom transcends my own feeble understanding.”

In my own small way, that is where I am now.  My faith is strong but is also being moulded and tempered by the refiner’s fire and from now on, the prayers I would ask for me are as follows:

For God’s will to be done, whatever that may be.  If that is for healing, I am content to stay, but if my time is approaching, I am ready to embrace it.  This is not giving up and I have an extensive list of goals I would like to experience with my family before that day.  I also have a good many blog posts yet to write, publish and inflict on you all if you choose to read them!  But like Jesus in Gethsemane, my prayer to God is not my will, but yours.

The photo at the top of this blog post is from a hotel bedroom in Birmingham.  Surprisingly philosophical I thought, for a hotel…