Will the sun still rise tomorrow? 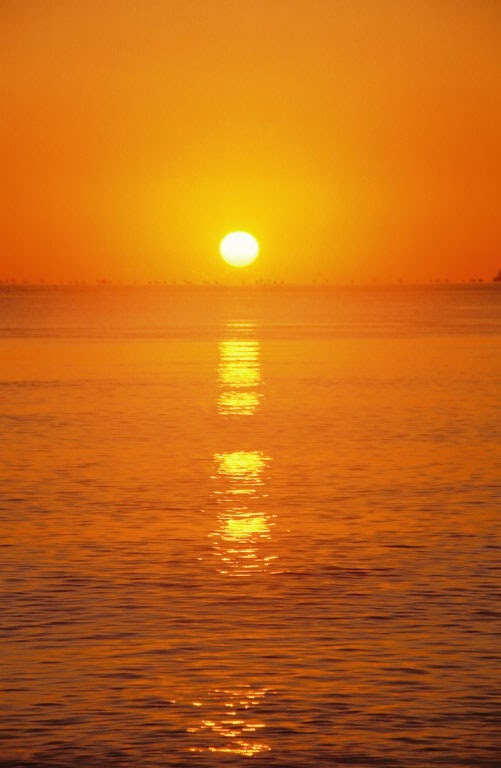 Later tonight a new era begins in England and Wales as the first same-sex marriages are celebrated.

As the clock strikes midnight, marriage between two people of the same gender will become legal and the first couples will tie the knot.

There have been dire warnings about this change to the law here and elsewhere in the world.  In the USA a radio commercial proclaimed that  “Terrible consequences will affect everyone and everything imaginable forever if same-sex marriage goes ahead!” and here same-sex marriage was described as ‘grotesque’ by a senior church leader who later had to leave his post after admitting pressurising fellow priests into sexual encounters.

Into this mix I would like to contribute two things.

The first is a speech I gave last November at the Law Society in London in a debate etitled, “Protecting Diversity, Belief, Conscience, and the new definition of Marriage”

The second is a speech by a New Zealand MP in their debate on same-sex marriage.  The title of this post comes from that speech.

Ladies and gentlemen, let me first say thank you for your invitation to speak in this debate tonight.

When I received the list of other speakers for this evening, I have to say that I was a little overwhelmed as being the only non-lawyer on the platform for a debate at the Law Society!
But then it occurred to me that I am also likely to be the only person on the platform who has any experience of actually marrying couples and preparing them for marriage. During  my twenty-two years of ordained ministry, I have always taken marriage preparation just as seriously as the Big Day itself.  I have always met with the couple several times in the months leading up to their wedding – not to talk about hymns, flowers, or rehearsals – but to talk with them about what makes a successful, life-giving and life-long marriage.

So maybe I do have something to contribute after all…

Ever since same-sex marriage rose up the political agenda here and around the world, there have been those (especially people of faith) who have felt threatened by it.

It has been denounced by various Christian leaders in this country as “grotesque, dictatorial, and shameful”.  There have been accusations that it will devalue the marriages of heterosexuals and that it will put religious freedom in jeopardy.

“Terrible consequences will affect everyone and everything imaginable forever if same-sex marriage goes ahead!”

And yet here we are today with the same-sex marriage bill having been written into law for England and Wales and awaiting the first such marriage soon.

So are the warnings coming true?   In particular, is same-sex marriage in this country a threat to religious freedom, belief and conscience?  The answer is a resounding “No!”

The government has been at pains to protect religious freedom, faith and conscience, in the drafting of this law.  They have put in place the “Quadruple lock” to protect faith groups from being compelled to do anything against their beliefs or conscience, even going so far as to declare it illegal for any Church of England priest to celebrate a same-sex marriage.

And this has been recognised and accepted by many who oppose same-sex marriage.  For example the Evangelical Alliance is the oldest body of evangelical Christians in the UK claiming to represent over 2 million people.  They campaigned against same-sex marriage, and yet since the law gained royal assent, they have produced a “Marriage FAQ’s” for member groups and churches.  Twelve of the twenty-two FAQ’s consider the question of compulsion and churches’ right to refuse to conduct or facilitate same-sex weddings.   In every single one of those questions, the answer was “No – you cannot be compelled” and “Yes – you have a legal right to refuse” to conduct or host a same-sex marriage.

The reality is that the safeguards in the Same-sex Marriage Bill more than cover the right to religious freedom, faith and conscience.

But there is a diversity issue relating to belief and conscience which is deeply pertinent today – and that is the diversity of belief about same-sex marriage among members of churches and faith groups which is not being recognised or expressed by churches, denominations and faith groups.


But this is certainly not being represented by the leaders of Christian denominations.

Even when the deeper question was asked , “Do you think that same-sex marriage is right or  wrong?” over a third of all Christians polled said that they thought it was right!

And I hear from Christians up and down the country who would like to see same-sex marriage happening in their church, and that includes local church leaders!

So where is this diversity being acknowledged and expressed in the official stance of most Christian churches?  The answer is that it is not.

I stand before you today as an Evangelical Christian who is not only in favour of same-sex marriage, but who also longs for the day when I will be permitted (by my Church) to officiate at such a wedding – and I am not alone.   I have come to this conclusion after careful, prayerful examination of the Scriptures, my belief, and my conscience.

So as we consider ‘Protecting diversity, belief and conscience in the new definition of marriage” today, the real question we should address is this:

“When will our churches and faith groups recognise, protect and give expression to the differing beliefs and conscience of their members in relation to marriage today?”

I look forward to our debate tonight.

Posted by Benny Hazlehurst at 22:06 4 comments: 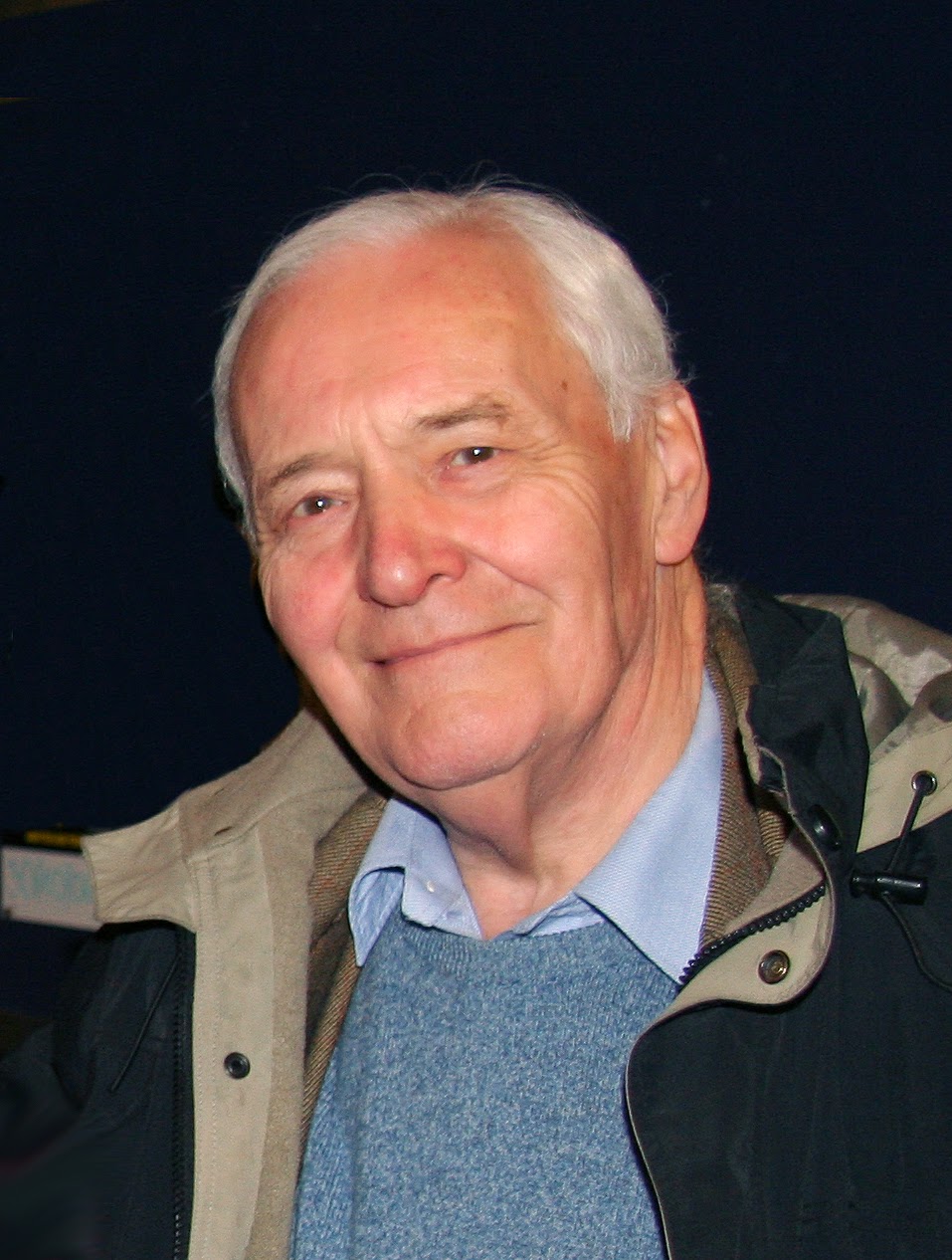 Veteran politician Tony Benn died yesterday.  From the amount of news coverage on Radio 4 today you would have thought he was a former Prime Minister of head of state, and as always happens when a great man or woman dies, people of all opinions lined up to sing his praises.

I met Tony Benn on a number of occasions, but two stand out for me.

The second of these was at the annual Tolpuddle Martyrs festival run by the TUC.  Every year thousands of trades unionists and politicians pack into the tiny village of Tolpuddle in Dorset to celebrate the world’s first trades union when a small group of six agricultural workers swore an oath to stand together against the land-owners who kept them in poverty while living in lavish homes.  They were deported to the penal colonies of Australia for their defiance and the outcry which followed saw the birth of Trades Unions in this country.

Tony Benn was a regular visitor to this festival, always ready to speak and share with others on both history and current affairs.

For four years I was Vicar of Tolpuddle, and during the festival there was always a wreath laying ceremony at the grave of the only one of the six who returned to Tolpuddle after they were eventually pardoned.  The irony was that the grave was in the Church Yard of the Parish Church where I was vicar – an irony because one my predecessors had betrayed the Martyrs.  He had originally tried to act as an honest broker in the dispute, and was a witness of a settlement agreed by all sides.  Yet when the land-owners reneged on the deal, he bowed to pressure from his bishop to support the establishment and deny that any such agreement took place.

As a result there was great suspicion of the Church of England by TUC members who knew their history and as vicar, I was not always made to feel welcome at the wreath-laying.   That is, until I asked if I could participate in the ceremony and lay a wreath of repentance for the betrayal of the Martyrs by my predecessor and the Church – and one of the proudest moments of my ministry was processing from the Martyrs Memorial down the road to the Church side by side with Tony Benn as we both went to lay our wreaths at the grave of James Hammett.

The first encounter was some years before when I attended a small evening lecture in a dimly lit north London church on the subject of disestablishing the Church of England.  The main speaker was Tony Benn, who was a long-time proponent of cutting the ties between Church and State in England.

Anyone who is unaware of Tony Benn’s views on the Church might assume that this came from a low regard for the Church, or a socialist, secularist agenda which sought to undermine any participation from the Church in the government of the nation.  Nothing could be further from the truth.  His argument was drawn straight from the Bible.

He drew a parallel with the Kings and Prophets of the Old Testament pointing out the balance of power which existed during the Old Testament monarchy – the various Kings from Saul onwards, wielding power and ruling the nation, balanced by the constant voice of the Prophets who held them to account for their actions.

The voice of the Prophets was essential, he would argue, to challenge wrong-doing and wrong motives – to provide direction for the Kings who would listen, and stubborn unyielding opposition when they would not.

Tony Benn did not want to see the CofE disestablished to silence it – rather set free to speak as a Prophet to the nation, whatever political party was in power.

As I reflect on the state of the Church of England today – I think that the situation has become far worse.  Our Bishops are not prophets, but ineffectual peacemakers obsessed with being a ‘focus of unity’ rather than speaking out what they know to be true.

In the House of Lords they are seen to be more concerned with protecting an arcane world-view than speaking out with a prophetic voice.

Our role in this constitutional monarchy has become largely ceremonial adding pomp and pageantry to occasional state milestones around the cycle of monarchy.  It is a long way from Tony Benn’s vision for the church as a Prophetic voice to government and nation.

But can the giving up of power ever be right?  Could it really be better to give up our right to a place in the corridors of government and exchange it for the uncertain role of a prophet?

The first is Tony Benn himself, who famously gave up his hereditary place in the House of Lords to fight for election as an MP.  Judging by the accolades he received this morning, Tony Benn did not exchange power for obscurity, because the strength of his message found a place (albeit an uncomfortable place sometimes) in people’s hearts and minds.

The second is Jesus Christ,

“Who being in very nature God,
did not consider equality with God something to be used to his own advantage;
7 rather, he made himself nothing
by taking the very nature of a servant,
being made in human likeness.
8 And being found in appearance as a man,
he humbled himself
by becoming obedient to death—
even death on a cross!

9 Therefore God exalted him to the highest place
and gave him the name that is above every name,
10 that at the name of Jesus every knee should bow,
in heaven and on earth and under the earth,
11 and every tongue acknowledge that Jesus Christ is Lord,
to the glory of God the Father.”
Philippians 2

Here is a principle which the Church of England should pay attention to.  Those in the Kingdom of God, who seek to hold on to their power for sake of it, will lose it.  And those who give up their power for the sake of others will find it.

Posted by Benny Hazlehurst at 14:45 4 comments: