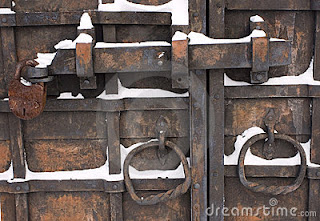 Today’s announcement in the House of Commons should have been a cause for celebration.
Indeed, in many ways it is.  The Government has reaffirmed its commitment to introduce legislation to enable same-sex couples to marry.  More than that, it has pulled back from earlier plans to prohibit religious groups from celebrating same-sex marriages.  Both these are to be warmly welcomed.


But as I listened to the statement by Maria Miller today there were two areas which left me profoundly sad.
Firstly, the vast majority of the statement was devoted not to joyful news for LGB&T couples, but instead to the level of protection for churches and other religious groups when the proposed legislation comes into force.


This is not, of course the Government’s fault.  It is the Church which has forced its way to the top of this agenda.  The Church of England’s response to the Government consultation earlier this year displayed alarming levels of defensive self-interest while ignoring or patronising the hopes and aspirations of same-sex couples.  Statements by Roman Catholic leaders have been even more offensive.
As a result, today’s statement, welcome as it was, said more about the Church than it did about the longing among many same-sex couples to express their love and commitment in the ultimate expression of Marriage.


My second sadness however, is more serious, as it comes from an announcement which will have far reaching consequences.
While the opportunity will be created for churches in general to ‘opt in’ to celebrating same-sex Marriages, Anglican churches will not have this provision.  The statement today made it clear that one of the ‘quadruple locks’ to protect religious belief and practice, will be specific legislation making it illegal for the Church of England (and Church in Wales) to conduct same-sex marriages.


For me and many others this will be a safeguard too far.
It will mean that even when (in years to come) the CofE changes its mind, it will require a change in primary legislation before same-sex marriages can take place in parish churches.  Unlike other religious institutions, the CofE will not be able to vote to ‘opt in’ – it will have to ask the Government to change to law.


This has been presented as a further reassurance to the Church of England (& Wales) but it only reassures those who want to stop same-sex marriage in the first place.  There are many others who have been appalled by the Church response to these issues.  We do not want the CofE excluded from the ability to ‘opt in’ when that view achieves a majority.  We do not want to be treated differently from other churches and religious groups.  We do not want to see such discrimination cast into law.
If the Church of England welcomes these new ‘safe-guards’ the  real effect of the ‘quadruple lock’ announced today will be to ensure that LGB&T couples are left in no doubt that the Church of England is locking and bolting the door to them for as long as it possibly can.  It will send out a clear message – “You are not welcome here.”


If the CofE welcomes these safe-guards, once again it will be seeking to protect itself at the expense of others.  Once again, it will be putting its own interests first.
How far we have departed from the famous words of William Temple when he said, “The Church is the only society that exists for the benefit of those who are not its members”.  If the CofE welcomes these safeguards today, it will be demonstrating that the Church of England only now exists to protect itself against social change – in relation to women, in relation to LGB&T people, and in relation to the State.


The trouble with locked doors is that they tend of keeping everyone out who doesn’t have the right key.  Is that really the kind of church we want to be?

Posted by Benny Hazlehurst at 14:40 6 comments:

Reflections on a broken democracy ...


Every round of voting (and there have been many) has left no doubt that it was the will of the Church.  When I was a member of General Synod from 2000 – 2005, we had 2 of rounds of voting – both clearly in favour - but there have been many more.
So how is it that the law which would have created women bishops was thrown out – even when 74% of the General Synod and 42 out of the 44 dioceses in the CofE voted for it?


The answer lies in a voting system which is designed to prevent significant change.
In most areas, a simple majority in General Synod is needed to take something forward.  In a few cases the issue has to be sent to dioceses to vote on before it can come back to General Synod for the final majority vote.


But there are some areas where not only does General Synod have to vote for change - which is a challenge in the first place – but then it has to go to each diocese to be voted on – and then if a majority of dioceses support it, the innovation finally comes back to General Synod where it has to pass an even higher bar – a 2/3rds majority in each of the 3 ‘Houses’ – Bishops, Clergy, and Laity.
And that death by attrition is what scuppered the women Bishops vote.  It is democracy gone mad – a self-defeating democracy where the will of the majority is ignored in deference to the minority.  It is designed to ensure that radical change is prevented at all costs and this un-democratic framework has resulted in the CofE shooting itself in the foot with both barrels.


So what is it about women’s ministry that makes it such a threat?  Why should women’s ministry have to pass all the ridiculously high hurdles before the church can change?  Why are women so dangerous that such anti-democratic measures have to be employed to keep them in their place?
When women were ordained priest, it was only by the slimmest of 2/3rd majorities – just 2 votes in the infamous House of Laity.  Many predicted doom for the church as a result, but nothing could be further from the truth.  Women now outnumber men in ordination services, a third of all licenced clergy are now women and the church has not fallen apart.  Far from it, the church has been blessed by women priests up and down the country.  Those who have left as a result have left – but what of it?  The church has not disintegrated.   A church which doesn’t allow people to leave is not a church – it is a prison.  And a church which does not allow change because it fears the people who threaten to leave becomes a prison of a different kind – a prison of the past.


Having reflected on the debacle which we witnessed in the Synod vote, I have realised that the problem is not the membership of the Church of England – it is not the Bishops or the Clergy.  It is certainly not the Laity who voted ‘yes’ in 42 out of 44 Dioceses and by a clear majority in General Synod.  It is the system of voting we have shackled ourselves with – a system which despises the will of the majority – a system which requires ever higher hurdles to be negotiated until finally the loser becomes the winner in a moment worthy of Alice in Wonderland.
It is not the women Bishop’s legislation which needs fixing - it is the voting system itself.  Until this is addressed, the vocal minority can still play the heart-strings of the compassionate majority to ensure that nothing will ever be good enough to meet their demands.


And it would not need a major readjustment.  Even the high standard of requiring a 2/3rd majority could still be required to ensure overwhelming support.
·         If the requirement had been for a simple majority in each House and a 2/3rd majority overall – we would now have women Bishops.


·         If the requirement had been for 2/3rd of dioceses to vote for women Bishops and then a simple majority in General Synod to ratify the will of dioceses - we would now have women Bishops.


·         If the requirement was for a 2/3rd majority in 2/3rds of the Houses of General Synod and a simple majority in the third House - we would now have women Bishops.
The women Bishops vote in General Synod laid bare the structural flaws in our version of democracy – a version which allows the minority to dictate to the majority as an anchor against change.


It is time for change – it is time to lower the impossible hurdles to the point where the church can move forward and try to rebuild its shattered credibility – and that change must start in the structures of General Synod.
Posted by Benny Hazlehurst at 08:22 6 comments: