Dealing with the Crap... 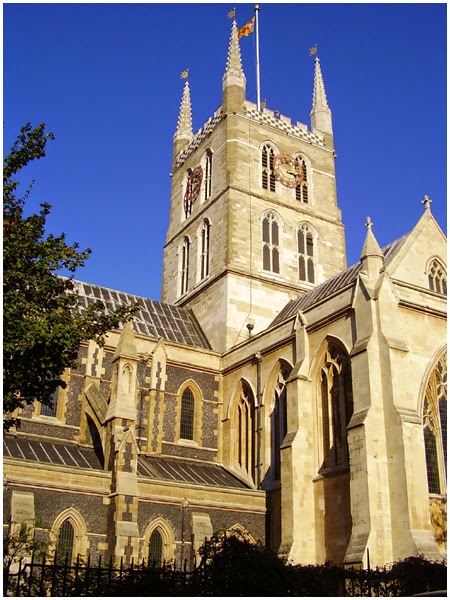 I sat by the river at The Old Thameside Inn today.

As I sat there, it began to dawn on me that my ordination was at this time of the year – and I looked up a calendar for 1991 to find that on this day, 23 years ago, I went to the Cathedral for my ordination rehearsal before setting off for my pre-ordination retreat.  My wife and I actually dropped into the Old Thameside Inn that day, on the way to the Cathedral, to check that everything was ready for the celebration!  As I no longer live in London and can’t remember how many years it is since I last visited that pub, the coincidence was striking.

I began to reflect on the last 23 years.

When I was ordained I was full of hope and purpose.  Ready for whatever God had for me.  Always eager for the next challenge!

Today, although still hopeful and still faithful, I can’t help but think that some of the challenges of the last 23 years have taken the edge off the enthusiasm. L  Sometimes ministry is not as glamorous, and not as successful as we would like, and over the years I have found myself struggling against all kinds of preconceptions, vested interests and prejudice in following my vocation to ministry.

From the Octavia Hill Estates, to the Church of England’s bias to the middle classes, to the utterly draining preoccupation with old listed buildings, and more recently, the struggle for dignity and acceptance for LGBT people in church – I seem to have got myself involved in more than my fair share of controversial issues.  Sometimes it has felt more like wading through thigh-high mud than living ‘life in all its fullness’.

At various times over the last 23 years, I have been accused of undermining the church, being a false prophet, working for the devil, as well as being racist, dishonest and homophobic – all while trying to serve God as best as I can!  I remember one church member shouting at me for going ‘AWOL’ because I had gone to sit at my wife’s bedside in hospital when she was facing the very real possibility of death.  Things like that stick in your heart and mind.

As I sat at by the river at the Old Thameside Inn, the tide was coming in on the Thames and the current was strong.  I looked up and saw an old tug towing two garbage barges against the flow of the tide.  It was making slow progress downstream despite the best efforts of the tug.  But more than that, the bows of heavy rectangular barges were churning up the water of the river so much that it was almost breaking over the sides. There was a cost and a risk to pushing against the tide, and in that struggle I saw a parable.

Amidst the glamour of the other river boats, this old tug was plodding downstream, taking away the crap, fighting against the tide.  Sometimes ministry is like that too.

We all want to be successful – no matter how pious we pretend to be.  We want everyone to like us.  We want to see our achievements and hope that one day we will be able to sit back and enjoy the fruits of our ministry.

Sometimes however, ministry is more about dealing with the crap and being prepared to churn things up in the process.

The prophets of the Old Testament knew this, and often paid a much higher price than we do today.  When the Ezekiel was called, God said to him, “I not sending you to people of strange languages – they would listen to you.  Rather I am sending you to your own people – and they will not listen to you.” (Ezekiel 2 & 3 - my paraphrase).

So 23 years on from my ordination, I am encouraged.  Without people ready to challenge ‘churchy’ preconceptions, prejudice and wrong priorities, the rubbish in the Church will simply grow, and we all know what happens when the garbage piles up – it begins to stink.

So to all my fellow old tugs out there – I salute you – and look forward with you to chugging away against the flow for the next 23 years, no matter how much it churns up the water, and however long it takes.
Posted by Benny Hazlehurst at 18:37 5 comments: