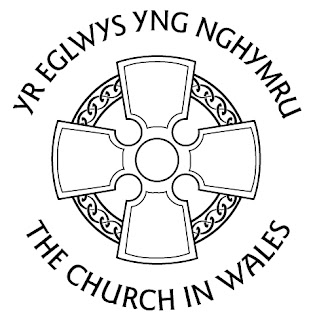 The Church in Wales have vetoed an openly gay priest in a celibate Civil Partnership from being appointed as Bishop of LLandaff.  This is especially shocking as the Church in Wales has been one of the more supportive Anglican provinces towards LGBT people in the past.

According to a letter published by Jeffrey John, whose appointment was blocked, the reason is anti-gay discrimination.  Despite unanimous support for Jeffrey among the appointed representatives for the Diocese of Llandaff, and a reminder by the presiding bishop that being in a Civil Partnership was not a bar to appointment, 2 of the 5 Bishops objected to his appointment on the grounds of his sexuality, effectively blocking his appointment.  In his letter Jeffrey John notes that, “This is the way that anti-gay discrimination always works.”

He should know.  He has been blackballed from the club of Bishops on a regular basis for the last 14 years.

In 2003, Jeffrey John was forced to withdraw from being appointed Bishop of Reading by the then Archbishop of Canterbury because of his sexuality.  The conservative backlash which followed the announcement of his appointment resulted in him being hounded by the press, pilloried by conservatives, and hung out to dry by the church which appointed him.  It all culminated in an ‘invitation’ to Lambeth Palace where he was subjected to several hours of emotional blackmail before finally caving in and withdrawing his acceptance.

At least that was all out in the open.

On numerous occasions since then, he has been shortlisted for posts as a Bishop.  Each time, he has submitted the personal statements required, often been called for interview and then told he was not suitable.   All under the veil of secrecy which shrouds the appointment of Bishops in the Church of England and in Wales.

In 2010, he was shortlisted to be Bishop of Southwark where he was known as a former parish priest, elected member of General Synod, and Canon Chancellor at the Cathedral.  He was well loved by his friends and respected by those who disagreed with him.  It should have been a perfect fit, but the same pattern repeated.  This time, however, substantive leaks followed.  One of the members of the appointing group (the CNC) died the following year, and his daughter made his account of the meeting public.  Jeffrey John’s appointment had been blocked by a ‘bad tempered Archbishop of Canterbury’ who left a number of the members of the CNC in tears.  The Archbishop of York had worked behind the scenes to the same end.  The whole episode had been shameful.

On and on it went, in a pattern which can only be called abuse.

After the appointment of Nicholas Chamberlain as Bishop of Grantham last year, and the subsequent revelation that he was in a long term same sex relationship, it appeared that change had finally come.  Now there was an openly gay Bishop in the CofE.  It appeared that the dam had broken, but there was an important difference.  The fact that Nicholas is gay, and in a long term relationship, was not publicly known before his consecration.  It was privately known, by the current Archbishop of Canterbury amongst others, but it was not in the public domain.  Apparently that still makes a difference.

And so we come to Llandaff.  Here, surely was the appointment that would break the cycle of abuse.  In recent years the Church in Wales has been more supportive of LGBT people in its public statements than its Anglican neighbours in England.  Jeffrey John is Welsh and a fluent Welsh speaker.  The 12 people elected by the diocese to represent the views of the diocese in the appointment unanimously supported him.

But even this was not enough.  After allegedly homophobic comments went unchallenged at the Bench of Bishops meeting, he was blackballed again, along with everyone else who had made the shortlist, just to obfuscate the blatant discrimination at work.

The spiritual and emotional abuse continues.

I talked with Jeffrey John back in 2003 when he was unable to go home because of the press camped out on his doorstep.  He told me of the pressure he was under to withdraw his acceptance to be Bishop of Reading.  I remember encouraging him to stand firm, and said that if he stood down, this opportunity would not come round again for a generation.

Sadly the pressure on him proved too much, and half a generation later, I am increasingly afraid that I might be right.

The irony is that I don’t blame the individuals involved as much as the institution whose culture is characterised by fear more than love or justice.  It was fear that prevented anyone challenging the homophobic statements made at the Board of Bishops.  It was fear that led them to blackball Jeffrey John rather than face any controversy which might follow.  It was fear which paralysed these Christian leaders from exercising true leadership.

The Christian Gospel is not meant to be about fear.  It is supposed to be about justice and love. In fact, the Bible says that perfect love casts out fear.  Perhaps the Bible should have the last word, from 1 John 4:16-18

“God is love. Whoever lives in love lives in God, and God in them.

This is how love is made complete among us so that we will have confidence on the day of judgment: In this world, we are like Jesus.

There is no fear in love. But perfect love drives out fear, because fear has to do with punishment. The one who fears is not made perfect in love.”

Posted by Benny Hazlehurst at 21:55 3 comments: