Two things strike everyone who went to Walled City.  It is always dark and it always rains.

One of its nick-names in Cantonese is Haak-nan which means darkness.  It was always dark at ground level because the buildings lean together at the top, allowing no natural light to permeate to the alleys between.  Then just above head height in the alleyways were a mass of tangled pipes; pirated electricity, water, and phone cables.  Pipes leaked, and waste water was thrown out of windows along with bags of rubbish.  The water then dripped its way through the rubbish and cables to the alleys and the open sewers which ran through them.  There was no sanitation system and even in the 1980’s there were only a handful of public standpipes with clean water for a community of 50,000 people. Walking through the maze of passageways was always an experience, especially when you add the rats which ran at will around your feet and sewer spiders as big as your hand.  Bobby led me in.  In an instant we went from blue skies and sunshine to a murky underworld past makeshift shops, and units preparing ‘dim sum’ for restaurants in the street around Walled City.  Alongside the drug dens, brothels and gambling houses, there were tens of thousands of residents simply trying to eke a living.  He took me in through the closest entrance to our meeting room and I tried to remember the turnings which led us there.  Right, left, right turns and then a dog leg into the passageway which led to the entrance.  He told me to be careful on the duck-boards beneath our feet. “You don’t want to fall into that!” he said pointing towards the sound of gurgling liquid not far below.

Our meeting room was a haven of light, love and prayer.  Light shone out through the door as we arrived to find that there were already about 20 people there.  Some were helpers and brothers who now inspired others; others were addicts looking for help.

They came because they heard that there was a god called Jesus who helped heroin addicts.

I found two wonderful ironies in this.

First, I was always struck by the image of Jesus as god of the heroin addicts.  It is so different to a sanitised western picture of gentle Jesus, meek and mild, floating on a Sunday school fuzzy felt board.  If we really read the Gospels of course, we find a very different image.  Homeless at his birth, his family were forced into exile as refugee asylum seekers; he was brought up in obscurity until his presence, teachings and example sent shock-waves across respectable religious society; he was often criticised for spending too much time eating with ‘sinners and outcasts’; often at odds with those who knew about religion, politics and power until his brutal death on a cross.  Yet somehow we have given him flowing wavy hair and beard, perfectly conditioned and styled, and a pristine white robe – hardly realistic for the Son of Man who had no-where to lay his head on the dusty roads of Palestine.  All too often in the West we have made him god of the middle classes, but here he was god of the heroin addicts!

Second, was the way in which this god called Jesus drew people who needed help to Walled City. The place of darkness had become the place of light and healing for addicts from across the whole colony.  The place which had acted as a magnate for those wanting to buy drugs had now also become the place where those enslaved to heroin came to find faith and healing.  What wonderful redemption.

When Jackie first came to Hong Kong in the 1960’s Walled City was at its most violent and dangerous.  In those days, one of the first tasks of the day was to throw out the bodies of those who had died the previous night from drugs, violence and natural causes.  By the 1980’s it was undoubtedly a much safer place to be, and those who were with ‘Poon Siuje’ (Jackie’s Cantonese name) shared the safe-status which she had earned over the years.  Only once during my time there was there any palpable danger when one local triad leader flew into a drug-fuelled rage and threatened to kill any ‘pale devils’ (westerners) who crossed his path.  Those of us who were westerners in The Well that day were taken out of Walled City one my one, surrounded by a scrum of Chinese brothers so no-one could have got near us, even if we were spotted.  But that was the exception and it all blew over in a couple of days.

Nevertheless, Walled City retained its reputation.  When Peter, a member of my parents’ church in Sutton came over to Hong Kong as guest of the Chief of Police, I offered to take him to the outreach meeting in Walled City.  His host was horrified and said that he could not allow this – it would be much too dangerous for a guest of the Hong Kong government.  When Peter insisted he wanted to go, the Chief of Police felt he had no option but to arrange a trip around the harbour on a Chinese junk with the promise that he would be back in time.  Needless to say, he found himself miles from shore at the time we had arranged to meet with no way of getting to land!

Later in my year there I was given a job to do in Walled City each Wednesday.  I was given the keys to the meeting room and asked to unlock and clean it before the meeting started.  That meant walking across the duck-boards above the sewers alone in the darkness, feeling for the padlocks and bolts to open the door; then reaching my hand around the corner to the light switch and flinching as the lights flickered on, causing the spiders, rats and cockroaches the scatter before my eyes.  Then I would sweep up the dead ones, disinfect the floor, and make the room ready to welcome everyone.  Those of you who know my fear of spiders may not be surprised to know that this was by far the scariest thing I had to face in Walled City!  Nevertheless, being entrusted with the keys to the meeting room in Walled City is possibly the greatest honour I have ever been given, and through it I learned to overcome my fears.

Back in the meeting, as each new addict arrived they were not preached at or told what to believe.  They were simply gathered up in prayer, with brothers and helpers asking the Holy Spirit to fill their empty lives with God’s love and power.  I quickly became aware that this prayer was almost invariably answered within minutes.  Here were tough triad members, addicted to heroin who were being visibly filled with the Holy Spirit.  Most spoke in tongues within a few minutes, receiving a prayer language as naturally as drinking from a cup.  Experience of God was taken for granted in Hong Kong.  This was no theoretical theology of the mind.  Pained faces melted into smiles or released tears of healing and joy.  Addicts high on heroin spoke in tongues before they knew what speaking in tongues was.   Gentle prophecies gave encouragement to those being prayed with and even those who had tried and failed before were used by God to bring this outpouring of his presence into the lives of new brothers.  They came with nothing and received the riches of God’s grace.

From the moment we arrived I was encouraged to join in.  There was no room for passengers in Walled City meetings.  If you were there, you were there either to be ministered to, or to minister to others.  Joining a small group praying with a young man, I prayed in tongues for him.   Given the language barrier and my lack of experience, I had little idea what to pray for, so entrusting my prayers to the Holy Spirit was the most natural thing in the world to do.

After about an hour, there were about 40 people crammed into the room and the formal part of the meeting began with worship songs.  I knew many of the songs although singing them in Cantonese was a skill which took time to acquire.  The song books had three versions of each song – Chinese characters, English and ‘romanized’ Chinese, where the Cantonese was expressed phonetically in the western alphabet.  After about 30 minutes of worship, there was a bible reading and message which Jackie gave. Then more prayer ministry, with everyone ministering to each other rather than queuing up for the ‘experts’.  It was remarkable. The whole meeting took 2-3 hours but the time flew by.

At the end of my first meeting I was introduced to Deri and Chen (both English helpers at Tai Tam, the First Stage House I was bound for) and Tony, a Chinese brother who was translating for them.  They had a new brother with them too.  He had been coming to Walled City meetings regularly for some time and now he was ready to come into a house and come off drugs.  He was both excited and apprehensive, having tried to come off heroin several times before but always failing.  “This time Jesus help me” he said, in broken English with a nervous smile.  “Before, no Jesus. This time, Jesus.”

Leaving Walled City I found that the sun had set and it was now night-time.  We all ate noodles at one of the street cafes outside Walled City, transferred my luggage to their minibus and began the drive over to Tai Tam.

Chen was a few years younger than me.  Deri was a few years older and in charge of the First Stage House at Tai Tam.  Most of the ministry leaders at St Stephens Society were women.  This wasn’t some kind of reverse sexism.  It was simply that for the brothers, it was easier to be challenged by a woman than a man.  With men, there was always the risk of an authority clash, and some of our brothers had been senior Triad members who were used to telling others what to do.  They often found it difficult to be told what to do by a man.  Ego and the risk of losing face were high stakes for any self-respecting Chinese man.  Any confrontation with another man could involve someone losing face whereas being challenged by a woman did not carry such risks, especially if done with a smile.  In time I learned that male helpers like me had to be twice as gentle as women to gain trust and respect, which was completely counter-intuitive to my 25 year-old male macho mind!

We drove through the Cross Harbour Tunnel to Hong Kong Island and along the coastal highway past Causeway Bay, Tai Koo Shing, and on to Chai Wan.  There the multi-lane dual carriageway and the street lighting ended and we climbed the twisting road into the mountains. As we started to go down the other side I could see reservoirs glinting in the moonlight and shortly after crossing a dam wall, turned off onto a single track road down to sea level again.

We arrived at the Tai Tam around 10pm and all was quiet apart from the noise of the crickets. With the sea on one side, and jungle on the other, this wasn’t quite what I had imagined for life in Hong Kong.  This was to be my new home. 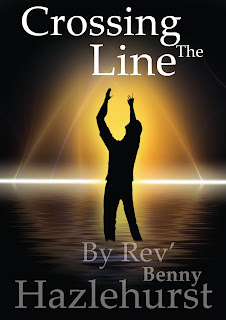 Posted by Benny Hazlehurst at 22:25