A Sad Loss for Humankind 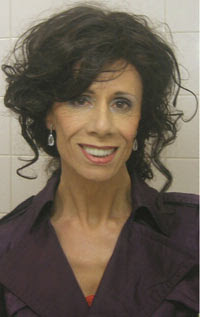 Too often the T in LGBT is overlooked in the debate over sexuality.

But Transgendered men and women are just as real, just as human, and experience just as much prejudice (if not more) than lesbian, gay or bisexual people.

Today I heard of the funeral of a remarkable transgendered woman named Sonia Jardiniere.

Sonia was a leading human rights lawyer fighting (and often winning) for the rights of asylum seekers. She practised under her birth name - David Burgess, and must be one of the very few people who can claim to have successfully prosecuted a Government minister for contempt of court!

Sonia was also a Christian - an active member of St Martin in the Fields Church in Trafalgar Square, London, and a member of Changing Attitude & The Sibyls.

Tributes to her have been posted in the Guardian Newspaper, and on the LGBT Anglican Coalition website, where you can read more of her amazing story.

All I can say in response to them, is that if I could ever be just a fraction of the remarkable person that Sonia was, I would be overjoyed.

In the saddest irony, a transgendered asylum seeker has been charged with her murder.

But I am sure that her legacy will live on, just as she will live on with the God who made her and loves her.

Posted by Benny Hazlehurst at 23:33