A good day in Minneapolis ... 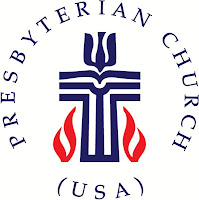 Yesterday in Minneapolis USA, the Twin Cities Presbytery voted to remove a ban on openly gay ministers. The vote was decisive - 205 to 56 with 3 abstentions.

What's so amazing about that?

The significance of the vote is that the Twin Cities were the 87th presbytery of the Presbyterian Church in the USA to vote 'yes' to opening up the ministry of pastors, deacons and elders to gay candidates. And that in turn, is a majority in this denomination of 2.3 million members and 11,000 congregations - which means that the Presbyterian Church (USA) has become the latest mainstream denomination to accept the ministry of Christians in same-sex relationships.

Minneapolis has been the setting for a number of such momentous votes in recent times.

It was In Minneapolis in 2003, that the Episcopal Church voted to confirm the appointment of Gene Robinson as its first openly gay bishop.

Then in 2009, the Evangelical Lutheran Church in America voted in Minneapolis to welcome gay clergy - and Minneapolis was also the venue last year for the Presbyterian General Assembly which voted to set the current changes in motion.

So perhaps it was a kind of divine coincidence that saw the Twin Cities of Minneapolis-Saint Paul provide this decisive moment for Presbyterians?

The road to this land-mark decision has not been quick or easy - the debate has taken 33 years, and will still cause some to rejoice and some to weep, as the church's website acknowledges. That long debate is summarised the book by leading Presbyterian, Jack Rogers - "Jesus the Bible and Homosexuality" - in which he charts his own journey from active opposition to advocate for change.

"It seems to me that the church and every person within the church is faced with a choice: to witness to an ancient Near Eastern cultural bias of male gender superiority, or to witness to Jesus Christ and his redemptive life and ministry. The best methods of biblical interpretation, from the Reformation on down through today, urge us to reject narrow historical bias and instead follow Jesus' example. The purpose of the Bible is not to weld us forever to an ancient culture. The purpose of the Bible is to tell us the story of Jesus' life, death and resurrection." (2nd edition, page 106)

Yesterday the Presbyterian Church took his advice and voted to replace the requirement that all ministers, elders, and deacons live in “fidelity within the covenant of marriage between a man and a woman or chastity in singleness” with the requirement that they simply live in "submission to the Lordship of Jesus Christ". In doing this they have removed a clause which was inserted into their constitution in 1997 to exclude church members in same-sex relationships from ministry.

The decision is not being welcomed by everyone however, and already comments on the Presbyterian Church's website give clear expression to the ongoing range of views on this new chapter in the life of this denomination. While some have rejoiced, others have reacted with anger, prophesying the demise of the Presbyterian Church as punishment for 'rejecting the Word of God'.

Such divisions have, in the past, led to formal splits amongst Presbyterian, most notably in the lead up to the Civil War. Then Presbyterians, along with Baptists and other evangelical denominations, formally divided into North and South over issues of slavery and racial equality. In that debate, the opponents of change were also convinced that such innovation went against the Word of God. The passage of time has shown who was right in that debate, to the extent that almost all Christians now accept, without question, that equality and inclusion in that area of human rights are an integral part of following Jesus Christ.

'Those who choose to witness to ancient cultural bias will always be able to find certain passages, taken out of context, and turn them into church laws that benefit them and discriminate against those whom they dislike. Those who choose to follow Jesus will see Jesus as the centre of the biblical story and interpret each passage in the light of his ministry. Using this Christ-centred approach enriches our understanding of the gospel and brings us into a closer relationship with God and our fellow human beings.'

There are others in the Presbyterian Church who are pointing out that this renewed emphasis on the Lordship of Christ should be the central issue for all Christians, whatever side of this debate they are on. One web comment states,

'Submitting to the Lordship in Jesus Christ is covering all that it means to be a Christian - repenting, and being Christ like in our community. What this action does is remove the judgment of humans to what sin makes us fallen and therefore not worthy of God's Grace. We are all fallen (no matter the sin) and yet also worthy of our Lord's Grace. Dear Father in Heaven please forgive us our brokenness and help us to live in community to spread the Gospel. Amen.'

So what is the right response to yesterday's vote, among those of us who pray for such things? Celebration - certainly, but also openness and humility. Perhaps the prayer at the end of the today's announcement puts it best. It is not triumphalist or sectarian, but rather calls us all to continue to listen to each other and to God.

'May your Spirit of peace be present with us in difficult decisions, especially where relationships are strained and the future is unclear. Open our ears and our hearts to listen to and hear those with whom we differ. Most of all, we give thanks for Jesus Christ, our risen Savior and Lord, who called the Church into being and who continues to call us to follow his example of loving our neighbor and working for the reconciliation of the world. We pray in Jesus’ name. Amen.'

We, in the Anglican Communion, could certainly learn from that prayer. And if the Presbyterian Church can find a way to live out that prayer, then a good day in Minneapolis could become a great day for Christians everywhere.
Posted by Benny Hazlehurst at 18:10