Employing the politics of fear ... 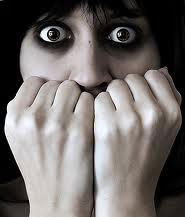 ﻿It could lead to polygamy and incest!


Such was the cry from Peter Jensen, Archbishop of Sydney when he spoke against gay marriage last week.
Such is the politics of fear which conservatives are now deploying in a desperate attempt to oppose same-sex marriage.
Others have used different prophecies of doom.  One writer to the Church of England Newspaper recently claimed that research has shown that only 1% of LGBT people choose faithful relationships, and that accepting same-sex marriage would introduce a kind of institutionalised adultery into marriage which would destroy it from within.  (As if there are no heterosexuals who engage in adultery, swinging, or shagging around!)


Of course conservatives have a vested interest...
or many years the most straightforward argument against same-sex sex was that marriage is the only appropriate place for sex to take place.  As long as marriage is only be open to heterosexuals, this is a cast iron reason why sex between 2 men or 2 women could never be right in God's eyes.  Put simply, the churches conservative voice has said to homosexuals,
"If you can't get married, you can't have sex - and, oh dear - you can't get married!"
You get the circular argument...
So the spectre of same-sex marriage is quite a threat, because it would remove this prohibition at a single stroke.  This is why the big guns of fear are being rolled out onto the church lawn.
But what would really change if people of the same sex were allowed to get married?
Would the church's marriage vows change?   Would the promise to 'love, comfort, honour and protect' each other disappear?
Would we have to leave out the promise, 'forsaking all others, be faithful as long as you both shall live'?
Would 'for better, for worse, for richer, for poorer, in sickness and in health'  have to be watered down with something less demanding?
The answer is clearly 'No' because these are the promises which are at the heart of Christian marriage vows, and those coming to be married are not given the option to pick & choose which bits they want & which bits they don't.


It may be that the number of 'open relationships' among homosexuals is higher than for heterosexuals (although nowhere near as high as the scaremongers claim) but that is no reason to stop those who want to promise faithfulness through good times and bad.  Indeed it is arguable that providing the opportunity to make such vows would go some way to reversing the moral and ethical vacuum that our blanket condemnation has created.
As for polygamy and incest, Christian conservatives and fundamentalists would do well to remember that a literal interpretation of the story of Adam and Eve leaves little alternative to incest as the way the earth was populated - and there is a strong and consistent message in the Old Testament of male success being measured by the number of wives (not to mention concubines) that they had.
The truth is that our concept of marriage has moved on since Biblical times.  Brothers are no longer required to marry the widow of their deceased sibling to provide for her.  Abraham today would not have the choice of which wife to sleep with tonight.  Jacob would not have to work for another 7 years to add the wife he really wanted to the wife he was given by deceit!   King David would not have the option of coving up his adultery by marrying Bathsheba.
In the same way, the provision of same-sex marriage would be a step forward - not a step back - and would no more undermine marriage that the recognition of interracial marriage (which  was only fully legalised in the USA in 1967).
So take your tanks off the church lawn, Dr Jensen, because they really do look out of place.
Posted by Benny Hazlehurst at 01:21