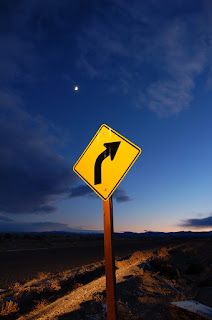 We are taking a pause from ‘Crossing the Line’ this week.

Alongside looking back and reflecting on the past, life carries on.  Treatment, family, faith and work continue.  My own journey continues and I this week I would like to share something positive in the present, rather than reflections on the past.

In treatment, I am now into my second cycle of palliative chemotherapy, and I have benefited from a short course of radiotherapy.  After the first hormone therapy failing, I am now on a different course, and the drop in my PSA count proves it is being effective.   My third cycle of chemo was due to start on Christmas day.   Strangely, the chemo ward only wants to deal with emergencies that day (I can’t think why) and so I will have 2 extra days of feeling better over Christmas before getting hit with the next infusion.  I think that’s good timing.  J

As a family we are looking forward to Isaac returning from his first term at University next weekend.  Iona has her mock exams this week and is working hard at her new part-time job to buy the components to build a gaming computer.  Mel has changed her hair for a ‘Curly Girl’ look.  She is beautiful as always.  We are praying for everyone to be free from colds over Christmas, especially as the cold Mel has at the moment has meant us sleeping apart to protect me from infection.  L

It is in my faith and work however, that I feel I have turned a corner.

When I first wrote about my diagnosis, I said that my most uttered prayer has been “Really God?”  I felt cheated on all kinds of levels, and of course that feeling still continues in various ways - plans, hopes, dreams - but there was one area I didn’t mention in that first blog post.

For the last two years, my ministry has been in encouraging vocations to Christian ministry.  It is a tremendous privilege.  I get to hear the stories of what God is doing in the lives of the people I meet, with a depth and clarity that is often breath-taking.  I am often astonished at how people exploring vocation put their trust in me, opening up their life stories, sharing their deepest experiences in faith, and their doubts.  It takes great trust to make yourself that vulnerable, and I am continually humbled by the experience.

What is more, it is the first role for many years where as soon as I saw the post advertised, I knew it was what God wanted me to do.  I have felt in the right place at the right time and closer to God as a result.  I had been prepared to commit 10 years to it, taking me almost to retirement, and it has been going well.

In my earlier years of Christian ministry, I was blessed with a very clear sense of what God wanted of me each step along the way.  I found it easy to trust him.  I knew I was walking in the footsteps he had prepared for me to walk in.  Whenever I faced change in life, things would fall into place (sometimes last minute) and I knew I was walking with God.

As time went on however, in the complexities of life and a number of disappointments, I have found it more difficult to hear God’s clear guidance each time I came to a place of decision on a new post, role or ministry.

In some ways, of course, this is simply growing up.  Walking by faith is not always accompanied by clear signs and calling.  That is why it’s called faith!  The less clear the future, the less clear the sense of call or direction, the more we must simply trust that the way we go is God’s will for us.  I accept that and much of the last 17 years has been walking in that kind of faith, rather than in absolute certainty.

At times it has been hard.  At times it has felt like navigating at sea without compass, sextant, or GPS.  I trusted that I was heading in the right direction.  I prayed and in the absence of a neon sign from heaven, I headed towards what appeared to be God’s path for me.

Then three years ago, I saw the advertisement for Vocations Coordinator in Salisbury Diocese, and for the first time since 2001, I knew this was God’s appointment for me.  When I was offered the post, I was delighted to once again have that sense of certainty.  I have enjoyed the challenge of encouraging more people to consider lay and ordained ministry.  I am one of the few priests working in the CofE who has a defined numerical target for growth attached to their job description.  When I was asked at interview how I felt about this I replied, “I’m fine with that – as long as God knows!”

What is more, the role has been going well.  Numbers are growing, people are coming forward and I work in a wonderful team.  Two years in, I was beginning to thrive again.

“Really, God? What are you playing at?”  Just as I had rediscovered that clear sense of being exactly where I was supposed to be, it was all being taken away again.  I felt cheated, like I was being played with.  Really, God?

More recently though, I have turned a corner.

I have reflected that most of my Christian ministry has involved conflict, and mostly with his Church!  Whether in fighting ‘Churchianity’ which only makes the religious more religious while putting everyone else off; or in fighting the Church Commissioners on social action and responsibility; or in campaigning for a greater openness in the church on issues like sexuality; or in standing up to bullies in the church who were used to pushing others around; I have been in the midst of conflict for much of my ordained ministry.

I haven’t minded this.  I knew it was coming ever since I read Ezekiel chapter 3 and knew that God was calling me to the same ministry – to speak whether God’s people listen or refuse to listen.  I have been unyielding when I needed to be.  My forehead has been harder than flint, and I have not been terrified when called to say unpopular things.

But now, working in Vocations, I have the privilege of playing a purely positive role, building the church rather than challenging it, a role of encouragement rather than discomfort and it has been so refreshing to be free of areas of conflict for once.

Crucially, I now realise that far from cheating me, God has entrusted me with this positive, uplifting task to complete as my last role in his church.  Instead of feeling cheated, I now feel grateful.  Instead of being angry at God, I simply want to serve him in this last role for as long as I am able to do so.  Instead of carrying on working with a heavy heart, I now value being part of a team who are identifying and encouraging the next generation of priests, lay ministers, chaplains, pastors, pioneers and worship leaders.  What a privilege to be able to do this as my last role in his church!

So I have, in this respect, turned a corner.  From anger to gratitude; from despondency to inspiration; from feeling cheated to feeling honoured.

Even though I did not know what God was doing, he did.

Posted by Benny Hazlehurst at 14:02